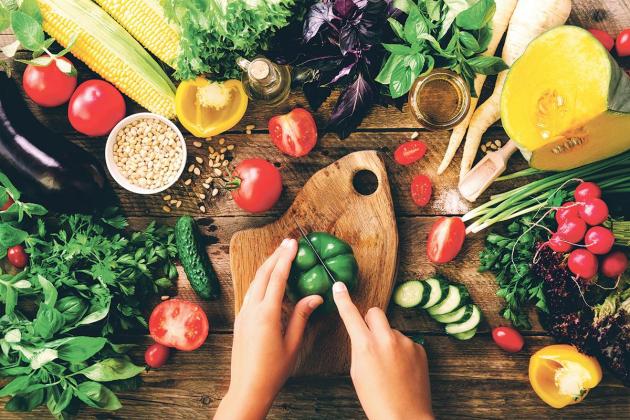 The Irish author George Bernhard Shaw said that “Animals are my friends, and I don’t eat my friends.” Many practicing yogis would agree. An increasing number of yogis select food from the vegetable world rather than the animal kingdom. There are obvious health reasons for why people eat a plant-based diet, but what are the ethical reasons for why so many people today become vegans or vegetarians?

According to the Santiago theory, developed by Francisco Varela and Humberto Maturana, the process of cognition is intimately linked to the process of life. Hence, the brain is not necessary for the mind to exist. While a worm, or a tree, has no brain, they still have a mind.

For the ancient sages of India, it was impossible to draw a final line between animate beings and inanimate things. According to yoga philosophy, there is consciousness even in the so-called inanimate world of earth, fire, water and rocks. This type of consciousness is dormant, as if asleep, because there is no developed nervous system in these elemental expressions of nature.

“High” and “Low” Consciousness in Nature

Since mind or consciousness is part of all living beings, according to yoga philosophy, and lies dormant, even in so-called inanimate objects such as rocks, sand or mud, there is an intrinsic, spiritual oneness in all of creation.

Thus, according to Tantric yoga philosopher Shrii Shrii Anandamurti’s worldview—whose ideas have combined yoga philosophy with an evolutionary understanding of the world we live in—we grant existential rights or value to all beings, whether soil, plants, animals or humans.

He concedes that, in principle, all physical expressions of the Divine have an equal right to exist and to express themselves, but also that some beings have higher consciousness than others and thus “more rights.”

Evolution is irreversible — amoebas eventually evolve into apes, but apes never transform into amoebas — thus Tantra and yoga also acknowledges “higher” and “lower” expressions of consciousness or awareness in nature. This differentiation is crucial—and forms the basis for why yogis eat veggies rather than veal.

Ecological Ethics According to Yoga

Another way of expressing this is that a dog has more capacity for mental reflection and self-consciousness than a fir tree. Both are conscious beings, both are manifestations of Cosmic Consciousness, both have mind, and both have equal existential value — but because of the difference in expression of depth and quality of consciousness, the dog is higher on the natural hierarchy of being than the fir tree.

So when we develop our ecological ethics, both the “low” and the “high” expressions of nature must be valued and accounted for.

But to survive, we cannot avoid killing other beings.

To solve this dilemma, a yogi is advised to selects articles of food from among those beings where development of consciousness is comparatively low. If vegetables, corn, bean and rice are available, cows or pigs should not be slaughtered. As philosopher Ken Wilber maintains, it is better to eat carrots rather than cows.

Secondly, before killing any animals with “developed or underdeveloped consciousness,” a yogi must consider deeply if it is possible to live a healthy life without taking such lives.

Thus, in addition to existential value, various beings, based on their depth of consciousness, have a variable degree of what is often termed “intrinsic value.” The more consciousness a being has, the deeper the feelings, and the more potential for suffering. Eating plants is therefore preferable to eating animals. Besides, animals are our friends and who wants to eat their friends?