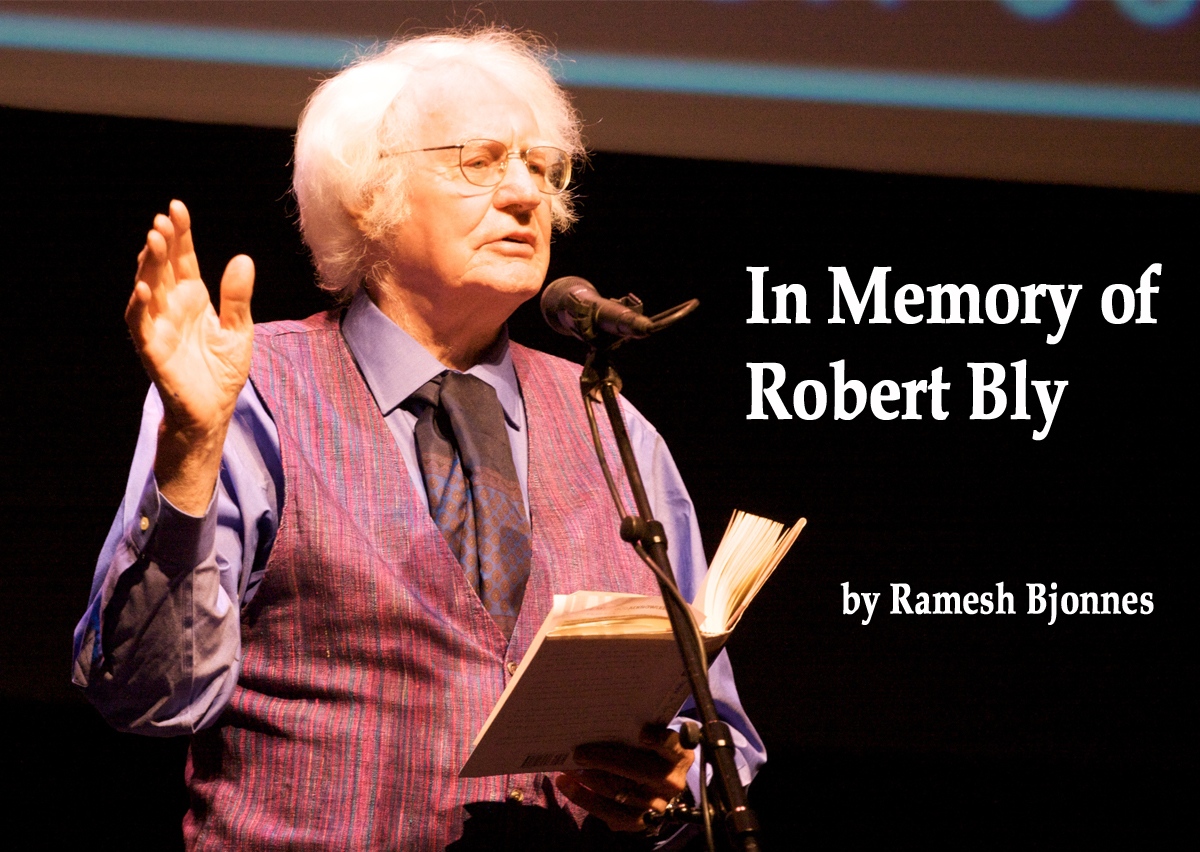 Dear friend of the Prama Institute and trailblazing poet, translator, and activist Robert Bly passed away on November 21 at 94. As the winner of the National Book Award for poetry in 1968 for Light Around the Body, a book of Vietnam War protest poems, Bly awarded the prize money to the war resister’s movement.

Summing up his career, the Minneapolis Star Tribune said that Bly “started out writing bucolic poems about rural Minnesota and went on to shake up the complacent world of 1950s poetry, rail against war, bring international poets to western readers, and become a best-selling author teaching men how to be in touch with their feelings”. 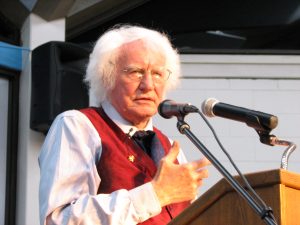 When the Prama Institute had its grand opening on April 25-29, 2007, we featured Robert Bly reading his poetry at UNC Asheville, followed by a poetry workshop at our retreat center. Susan Ross, a writer from Atlanta, said of the workshop, “It is impossible to adequately express my gratitude. This experience with Bly helped me open up to and trust my own voice.”

Joe Elliot, a local writer in Asheville, wrote about the poetry reading, “Listening to Bly the other night, I couldn’t help but think of his good friend and fellow scholar, Joseph Campbell, the late great mythologist. Both men were so generous with their gifts, so steady in their commitment to the Spirit, so helpful to others in finding their dharma.”

Robert Bly returned to the Prama Institute in 2008 and gave an electrifying reading to over 350 people at the Diana Wortham Theater accompanied by Asheville’s acclaimed world music trio Free Planet Radio. The next day, he gave a day-long poetry workshop to over 50 seasoned and aspiring poets.

The following morning, when waiting for him to get ready to be driven to the airport, he asked me: “Do you know what this country needs?” I was thinking about various political changes, but without giving me time to suggest an answer, he simply said, “More praise!”

It was 5 AM, but the 81-year-old poet was wide awake and alive. He started reciting from memory various “praise-poems” satiated with the fierce sweetness of mystical longing, including these lines by Kabir, from his popular book Kabir: Ecstatic Poems: “When the Guest is being searched for,/ it is the intensity of the longing for the Guest that/ does all the work./ Look at me, and you will see a slave of that intensity.”

I was introduced to his poetry when living in Norway in the mid-70s through an anthology translated into Norwegian titled Odin House—a reference to his farmhouse in Minnesota. Over the years, I would send him my own writings, and he would always take time to craft encouraging replies on his old typewriter. Due to his generous spirit, there are likely hundreds of other aspiring writers and poets who had similar experiences. 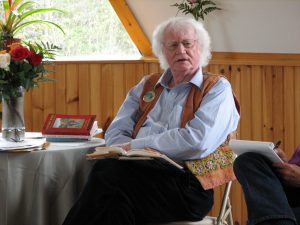 The Oscar winning actor Mark Rylance had this to say in the Guardian about Robert Bly’s life and work: “The most profound thing that an elder man can do for a younger man is to mentor and encourage a particular gift. And Robert has brought into our culture the tribal teachers, just as he brought into the English language his great love of the Spanish poets, the Sufi poets, Rumi, all these brilliant people who have been such a help. It’s as if we had been living in a little town that only had a Chinese takeaway, and now it has takeaways from all over the world, thanks to Robert Bly.”

We have many fond memories of Robert Bly’s visits to the Prama Institute, and he will be greatly missed, but through his more than 50 books and the inspired and inspiring life he lived, his fierce, wise, and sweet poetic grace will continue to live on.